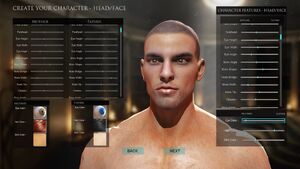 Example of a male character with physical traits like eye and skin color. 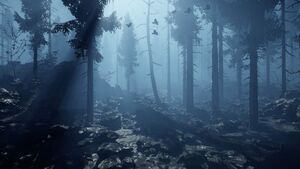 One of Elyria's dark forests.

Biomes play a major role in determining each tribe's traits. For example, tribes located in a dense forest might be stronger and more alert (strength and intuition) because of continuous climbing of trees and hills and sounds of the forest. However, tribes located in the desert might develop higher agility and stamina in order to evade attacks by carrion birds and other competitors for limited resources. These racial differences are also dynamic and will evolve as new families are created with parents from different bloodlines.[2]