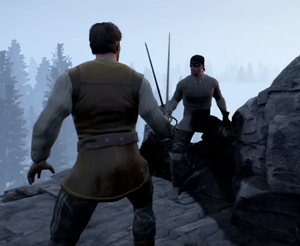 Rapiers are a one handed melee weapon in Chronicles of Elyria using pierces and slashes.[1][2]